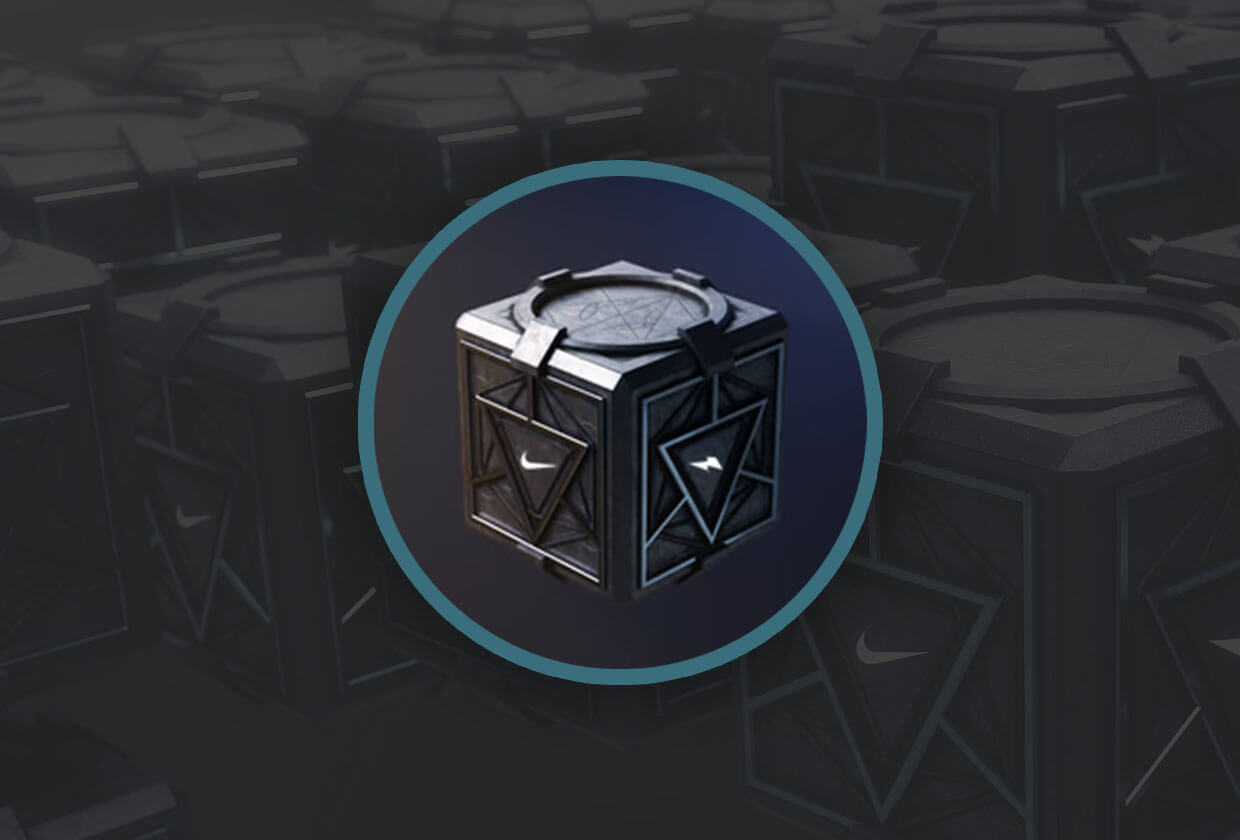 MNLTH may seem like a confused jumble of consonants, but it is in fact the genesis of the exciting project from Nike-owned digital design studio RTFKT (pronounced ‘artifact’), known for the CloneX and PodX NFT projects. Nike bought out the studio in December 2021 and MNLTH represents the first step along their path into the metaverse, highlighting the first example of its Cryptokicks sneakers project, the patent for which Nike acquired back in 2019.

MNLTH NFTs were airdropped to existing RTFKT NFT holders in February 2022, with recipients finally able to open them (or sell them unopened) in April. The contents delighted the community and offered a tempting glimpse into Nike’s metaverse plans, which we will explore now.

What is the MNLTH NFT collection?

MNLTHs were airdropped as futuristic looking crates out of the blue to CloneX and PodX holders on February 7, 2022, with nothing known about what was inside. The MNLTH crates featured the famous Nike swoosh which got everyone excited, and the opportunity to buy a MNLTH box on secondary exchanges soon followed, quickly establishing a double digit floor price.

After around six weeks of anticipation, the contents of the crates were finally revealed on April 22. Unlocking a MNLTH box revealed one or more of the following – a Nike Dunk Genesis Cryptokick sneaker, a vial of Evo X skin in liquid form, and a MNLTH2 crate.

For those confused as to what to do with their winnings, RTFKT released a video to show them:

The NFT world went suitably gaga for the first digital iteration of Nike sneakers (the first of many, presumably), with other benefit also revealed soon after – holding Nike Dunk Genesis sneakers will earn the owner “drip upgrades” and special “powers” as they navigate through the expanding RTFKT metaverse. Some recipients found that the contents of their MNLTH box mirrored the designs of their CloneX holdings, which earned those with rare traits a nice pay day – over $100,000 in some cases!

The question facing many MNLTH holders was, and still is, to sell or to open? The value of what is inside a MNLTH box could be more than the floor price, or it could be less. The same applies to buyers – what’s inside might be worth more than what they pay for it, or it could be worth less.

MNLTH crates themselves have no set traits, although the contents of the boxes do. The sneakers themselves are uniform, being a plain Nike Dunk Genesis digital sneaker, but the vials are where the traits and rarity come in:

As you can see, there isn’t an awful lot to choose from with regard to the traits and their rarity. The DNA impacts the feel and look of the sneaker, with traits including robot, angel, undead, and murakami, all of which elicit very different designs.

We can expect these to have a bigger impact and utility as the RTFKT space evolves, with the next generation, such as the as-yet unexplained MNLTH2.

How does the trait combination impact the price of the MNLTH collection?

Seeing as no one knows what is in a MNLTH crate at the time they purchase it, the trait combination doesn’t factor into cost. You can pick up a MNLTH crate on the secondary market for 6 ETH, but you will have no idea what’s inside it until you unlock it.

The floor price is entirely the result of the potential of its contents, plus the fact that such a big name as Nike is behind it, while it also helps to know what could be inside.

How can you trade MNLTH NFTs?

MNLTH NFTs are available to buy and sell on OpenSea and LooksRare, where the floor price is 6 ETH. Given that all the MNLTH boxes were airdropped for free, this presents a very nice payday for sellers. Of course, seeing as sellers have not opened the box they could be selling its contents for well under its true value, but this is the gamble that a locked box presents to the airdrop recipients.

What was the most expensive MNLTH NFT?

The most expensive MNLTH NFT ever sold went for 11.99 ETH ($35,174) on April 23, 2022, the day of the big reveal. This mirrored the price action at the time, with the hype keeping the values around the 10 ETH mark for around five days before prices began to sink back to the levels they had been previously.

Where can you find MNLTH NFTs for sale?

OpenSea and LooksRare are the marketplaces where you can pick up a MNLTH NFT right now. MNLTH boxes are still selling on an hourly basis, proving they are still popular, with the 6 ETH floor price not putting off punters, despite not knowing exactly what’s inside.

How can you buy MNLTH NFTs?

MNLTH boxes were airdropped to CloneX and PodX holders in February, so the only way of getting hold of one now is on the secondary market. OpenSea and LooksRare allow you to either buy a MNLTH box at the floor price, or you can place a bid under the floor price and see if an owner is tempted.

If you’re happy to pay the going rate, confirm you have enough ETH/WETH in your wallet to buy the MNLTH box and pay the gas fee for the transaction. If you want to tempt an owner with a lower price, click ‘make offer’ and place your bid. You’ll be notified in your wallet if it was successful, whereupon you can then complete your transaction.

MNLTH boxes are essentially the gateway to the Nike metaverse experience. The jeopardy factor of not knowing what could be in the box is an important factor influencing buyers and sellers alike. This is clearly just the start of the Nike/ARTFKT metaverse, and while there will be developments aplenty coming down the line in short order, owning a pair of the first ever range of digital Nike sneakers is something to treasure in itself.