Trait Sniper is the most popular and most effective NFT sniping tool on the market, helping NFT buyers grab desirable newly minted or mispriced NFTs for a bargain.

Trait Sniper is the most popular of a growing number of tools that allows serious NFT traders to snipe NFTs from new and existing collections. Sniping is the process of quickly snapping up a desirable NFT, either because one has been mispriced on an exchange or, most commonly, because it is in a newly minted collection.

Many NFT flippers swear by Trait Sniper, and its creators claim that it has over one million monthly users. How does Trait Sniper do this and should you use it? Let’s find out.

What’s the Use of Trait Sniper?

As the name implies, Trait Sniper is an NFT tool that allows users to ‘snipe’ the most desirable NFTs in a collection. Trait Sniper uses a trait analysis bot to scan NFT collections and reveal instant rankings, which it does sometimes as quickly as 30 seconds after a new collection drops, with a claimed accuracy of 95%. This allows users to quickly snap up the most desirable NFTs from a new collection as well as setting up any alerts for mispriced NFTs from existing collections.

As well as this, Trait Sniper offers a glut of information on the NFT market as a whole, with a portfolio value checker, leaderboard, blog, and more, making it a Swiss army knife of the NFT world for those who learn to use it effectively.

What is Trait Sniper?

Trait Sniper is unashamedly aimed at “advanced traders”, with immediate rankings, mass bidding, and advanced auto sniping among a series of features available. Once Trait Sniper has scanned a collection it presents the pieces in ranked order, NFT flippers race to pick up the best deals which they instantly re-list at a higher price in the hopes of a quick profit. Given that the buying process itself isn’t automated, it’s a case of fastest finger first (which is where the customizable gas prices come in handy).

Trait Sniper has both free and paid versions with a different degree of monitoring access. For example, buying an Alpha Sniper pass affords you instant notification of newly revealed NFT collections as well as their rarity scores, with an hour delay for free users. For this reason, among others, it’s only worth using Trait Sniper if you’re going to pay up.

How Can I Get Trait Sniper?

You can access Trait Sniper’s website here or launch the app here, but make sure you’re on the genuine site before you hook up your wallet. Novice users might be put off by the cluttered data-heavy appearance of the home page and the app, but this is designed for those who want raw data, not nice aesthetics.

Alpha Sniper passes are attained through buying the associated NFT from OpenSea, which currently has a floor price of 0.3 ETH and grants you access for as long as you hold it. There are currently over 2,700 Alpha Sniper membership holders, which gives you some idea of the competition out there for the prime NFTs.

Trait Sniper also comes as a web browser plugin so you can use it within NFT exchanges for a little extra buying boost.

What Will Trait Sniper Help Me With?

Trait Sniper has one aim – to help you pick up the best NFTs for cheap. It is best used when a new collection drops, with Trait Sniper able to pick out the NFTs most likely to turn a quick profit, but using the premium features allows you to set alerts so you will be kept up to date any time a prized NFT is mispriced on an exchange.

If the thought of fighting thousands of other NFT flippers in search of a bargain just seconds after a reveal fills you with dread, Trait Sniper isn’t the app for you. If however you’re looking for an advantage over the rest of the market in the NFT flipping stakes, it is just about perfect – once you’ve found your way through the crammed interface.

Those who can master Trait Sniper will be in line for some bargains, providing Lady Luck is on their side, while those who aren’t in the NFT flipping world will take one look and backpedal. 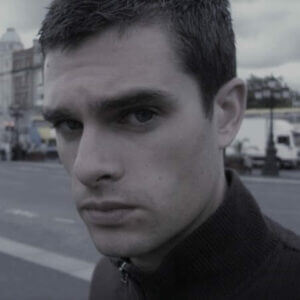 Show all posts from Mark Hunter