The gaming industry is always one of the first to adopt new trends and try out new technology.

So, it comes as no surprise that game developers are leading the charge when it comes to integrating blockchain and NFTs to their games.

Known as NFT games or Play2Earn games, this new wave of gaming technology is taking the world by storm!

We here at BuyNFT.com are going to teach you everything you need to know about NFT games, with the hope you can catch the hype train all the way to profit city!

The complete guide to NFT games

The gaming industry is always one of the first to adopt new trends and try out new technology.

So, it comes as no surprise that game developers are leading the charge when it comes to integrating blockchain and NFTs to their games.

Known as NFT games or Play2Earn games, this new wave of gaming technology is taking the world by storm!

We here at BuyNFT.com are going to teach you everything you need to know about NFT games, with the hope you can catch the hype train all the way to profit city!

What are NFT games?

In fact, CryptoKitties pioneered the idea back in 2017.

The aim of the game was to breed kitties to make new kitties with special attributes and styles.

Players could then sell these new kitties through the in-game marketplace in exchange for Ethereum.

That Ethereum was then stored in their personal wallets and could be converted to fiat, if a player wished.

And there you have it, that’s the birth of NFT games.

Each kitty is a unique NFT with its own value.

Other games have stuck to this same concept, just changing the animals.

For example, Zed.run allows you to buy racehorses, breed them and race them.

The financial incentive in this type of game is 3-fold.

You can earn money by renting out your horse as a breeding horse.

Every time someone opts to breed their horse with yours, you get a cut of the fee.

The more rare and super rare traits that your horse has, the more money you can make.

Then, you can make money by selling horses that you’ve minted through breeding.

Finally, you can earn money by winning races with your horses.

The entire game revolves around NFTs.

Whether you’re collecting NFTs to build up your stable or you’re helping others mint new NFTs, NFTs are the name of the game!

Are NFT games and Play2Earn games the same?

Another term that gets thrown around a lot is Play2Earn.

Essentially, these are the same as NFT games, but with a few minor differences.

In a Play2Earn game, you might not be collecting NFTs.

For example, in RollerCoin the aim of the game is to build up a crypto mining farm.

You then simulate mining cryptocurrencies based on your hashrate and you are rewarded with real crypto for your time.

You can then withdraw that crypto to your own wallet, which is really neat.

So, there you go.

How do Play2Earn games work?

If you think about it, Play2Earn games is a massive category of games that includes NFT games.

Play2Earn games work in a number of different ways, but the end result is always the same, you make money as a player.

The amount that you earn is generally directly linked to the amount of time that you put into playing a particular game.

This could be in the form of maintaining mining rigs, feeding animals or refreshing functions.

Whatever it is, the more time you spend, the more you can earn.

Let’s take RollerCoin as an example.

This is a Play2Earn game that throws you into a crypto mining simulator.

To get hashrate, you’ve got to play minigames and upgrade your PC.

Then you can divert hashrate to various blockchains that are simulated in the game, not the real blockchains.

You get block rewards for every block you mine and this is real crypto that’s added to your balance.

If you want, you can withdraw this to your own wallet and spend it, or, you can reinvest it back to your farm so that you can earn more money.

Where does the crypto come from, you ask?

Well, this is pretty simple.

It comes from the ads that you see in-game.

They’re pretty small and out of the way, but they are there.

The revenue from these ads is then tied to block rewards which you earn by playing the game.

For other Play2Earn games, you could be collecting native tokens to the game’s metaverse.

For example, in Axie Infinity, you can collect Axie Infinity Shards by winning battles and breeding new Axies.

You can then use this on the marketplace, or you can opt to use it as a governance token.

This gives you more earning potential than simply breeding Axies and selling them for profit.

How much money can you make playing Play2Earn games?

The whole point of Play2Earn games is making money, right?

So, you likely just want to know how much you can make so that you can start earning cash for having fun.

Well, it’s impossible to give you an exact figure – here’s why!

It all depends on you and how much time you want to pour into Play2Earn games.

You see, you can’t just load up a game and start making money, you have to strategize.

You also need to buy your first creature for an NFT game.

Whether it’s an Axie, a horse, a kitty or a toad, you need 1 to get going.

The more expensive an NFT is for an NFT game, the better it will be.

Then, you need to focus on the current trends of the game.

Anticipate what other users will want next so that you can stockpile and prepare for the next hot phase.

Whether it’s breeding a special type of NFT or collecting lots of a particular in-game token, by strategizing on this level you can maximize your earning potential.

There are reports of people earning just over $2,000 per month by playing Axie Infinity, which sounds reasonable if you dedicate your entire day to playing.

Now, you can earn more if you constantly invest back into your game and collection, but that’s down to you.

Play2Earn games are starting to look like the next hottest phase in the blockchain world and we could see a lot more crypto millionaires made in the coming months from it.

What are the best Play2Earn Games?

There are hundreds of Play2Earn games out there, so picking ones with real value and a bright future can be tricky.

So, when we’re looking at Play2Earn games we search for a few key factors.

Generally speaking, if a Play2Earn game has these items going for it, then it should turn into a popular game where you can earn a decent amount of money.

We look out for these features in Play2Earn Games:

Generally speaking, if a Play2Earn game has an active Discord server and daily active unique players then the game has a future.

What you don’t want to see is a game that has been live for a month or so and still has less than 100 daily active players.

Unless something major happens, numbers won’t grow wildly which caps your earning potential as there are less users to buy your in-game assets.

At the moment, the best Play2Earn games are:

Are You Playing Play2Earn Games?

Play2Earn games and NFT games are definitely the future of the blockchain gaming world.

We’re going to see these features creep into mainstream games as well, which will benefit gamers from all around the world.

What an exciting time to be in the NFT game space! 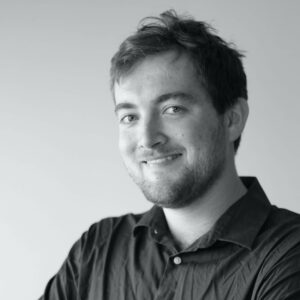 Alex has been writing for the best part of 10 years, with a strong focus on cryptocurrency, blockchain, tech, security and finance. Having worked with some of the biggest brands and personalities in the crypto world, Alex has a wealth of knowledge that he now uses to help and educate people looking to get into the NFT world.

Show all posts from Alex Meears