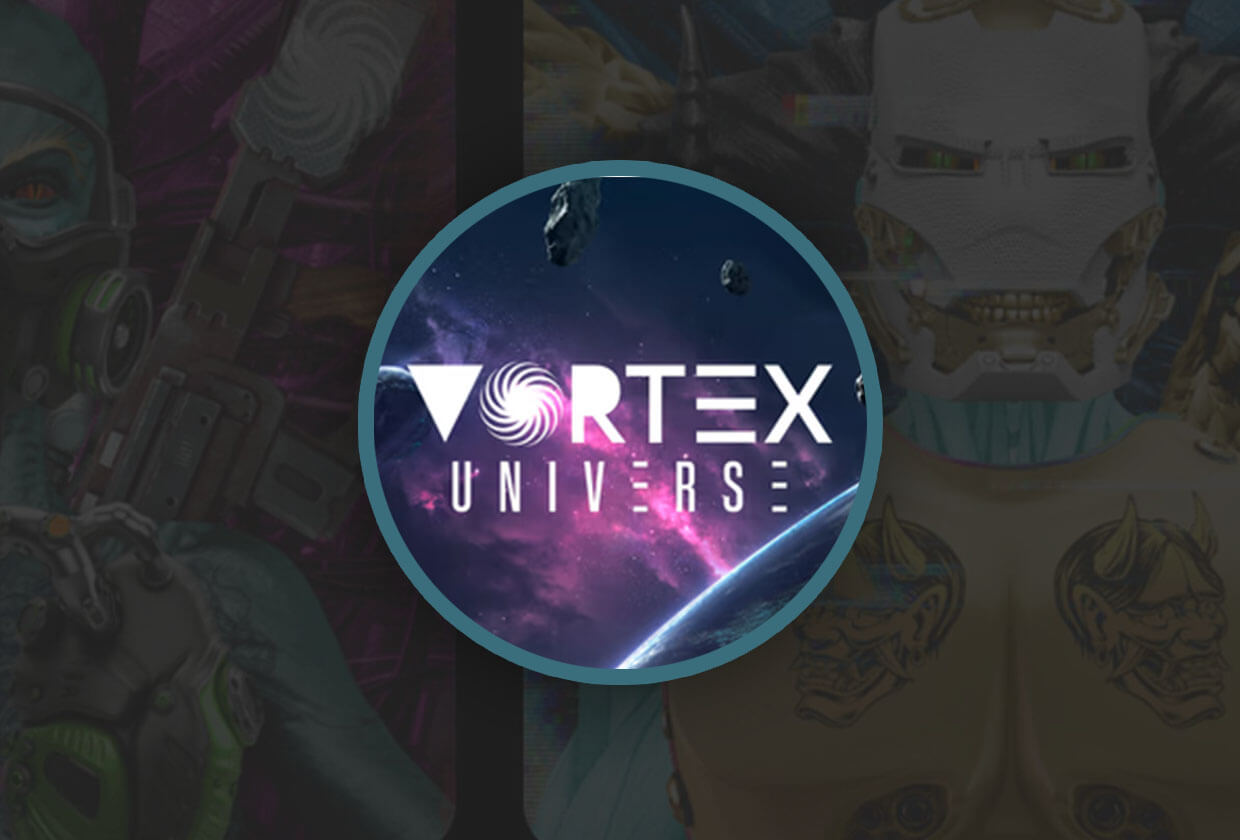 The Vortex Universe NFT Collection is made up of 3333 NFT’s.

The collection is a great example of how the combination of creativity and art, combined with storytelling can propel one’s imagination into a different place.

The imagination is a place that has no boundaries or limitations, and this collection has an atmosphere, a mystery and a wanting to know more kind of feeling due to how the creators and team have pieced this project together.

Planet themed, there are three factions/races from the 3,333 mintable NFT’s that you will randomly generate.

These races are the ‘Scinceres’, ‘Drakes’, and ‘Vicious’.

From the artwork alone, the ‘Vicious’ are my favourite, they just have that mean look you’d expect from a scary alien and an unpredictable ferocious vibe comes from just looking at it.

Fasten your seatbelt, we are going to take off into the dynamic ‘Vortex Universe’!

Welcome to the Vortex Universe, a place in which similar beings do not ever look the same, where the battle for dominance and peace is forever ongoing.

The Vortex Universe is an NFT Collection on the Ethereum Blockchain.

This collection has 3,333 NFT’s available, split into 3 races, Scinceres, Drakes and Vicious.

These are then dissected by different variants, traits and combinations, randomly generating your NFT upon mint.

They have not just one but two roadmaps.

The first roadmap has now been completed, along with almost ⅓ of their NFT supply minted!

With over 1000 Minted NFT’s from their collection and over 3,500 Discord members, this is a popular community and growing quickly!

It costs 0.05 Eth to mint one of the NFT’s from the Vortex Universe collection, and you can mint up to a maximum of 5 NFT’s per transaction.

Vortex Universe’s team have made a simple roadmap with the basic giveaways that we see consistently with NFT’s but they do have a couple of unique features which are in action today.

Such as ‘Treasure Hunting’ which is a fun way people in the community who have minted part of the collection can take part in games, riddles and puzzles hosted by the team for a chance to win Ethereum and other tokenized prizes.

Finally, the Vortex Universe NFT Collection will give access to a game they are building, there is currently a dwindled beta version you can play on the homepage, it’s worth checking it out.

How are Vortex Universe NFT’s made?

All 3,333 of the Vortex Universe NFT collection have been hand-drawn by one artist via graphic design.

Although they are new to the NFT art world, they have been a graphic designer for over 7 years, and have been involved in some quite serious roles for fairly big companies applying this skillset.

This is why their NFT’s look so well-orchestrated.

How do I mint Vortex Universe NFT’s?

The Vortex Universe NFT Collection can simply be minted from the website directly.

All that is required is a loaded Metamask wallet, some funds for the amount you want to mint and a small amount to cover the gas fee.

There are currently over 1000/3333 Minted Vortex Universe NFT’s so if you were thinking about grabbing one of these neat extraterrestrial NFT’s, there is no better time than now.

Minting will unlock bonuses and perks as you will now become part of the community, it is advised to join their discord once you do mint so you can have full access and benefits from being a Vortex Universe NFT holder.

You can mint up to 5 NFT’s from the Vortex Universe collection at one time, costing 0.05 Eth each. Just make sure you have enough in your wallet to cover Mint and gas fees.

How to buy Vortex Universe NFT’s?

You currently can not buy Vortex Universe NFT’s.

I presume you will not be able to purchase until Minting of the entire collection has finished, then more than likely, the collection will be available to view on platforms such as Opensea, Super Rare and Rarible.

The best option right now, if you want a piece of the pie, is to mint part of the collection and hold it, if you wanted to then sell it later on you can auction it on one of the mentioned above platforms, but if you want to specifically buy one then you will have to wait, and the price will probably be higher than the mint price so it is worth minting directly.

The Vortex Universe is a great team that has built upon the foundations of Art, Storytelling and creativity. No doubt this collection will grow and become even more popular.

With discord numbers coming up to 4k members and almost ⅓ of their collection minted and now future developments taking place for roadmap 2, I do not see their creativity going anywhere but growing.

If you like what you see, support the movement and enjoy their StoryTelling, video game approach on the collection, go ahead and mint one before they are all gone!